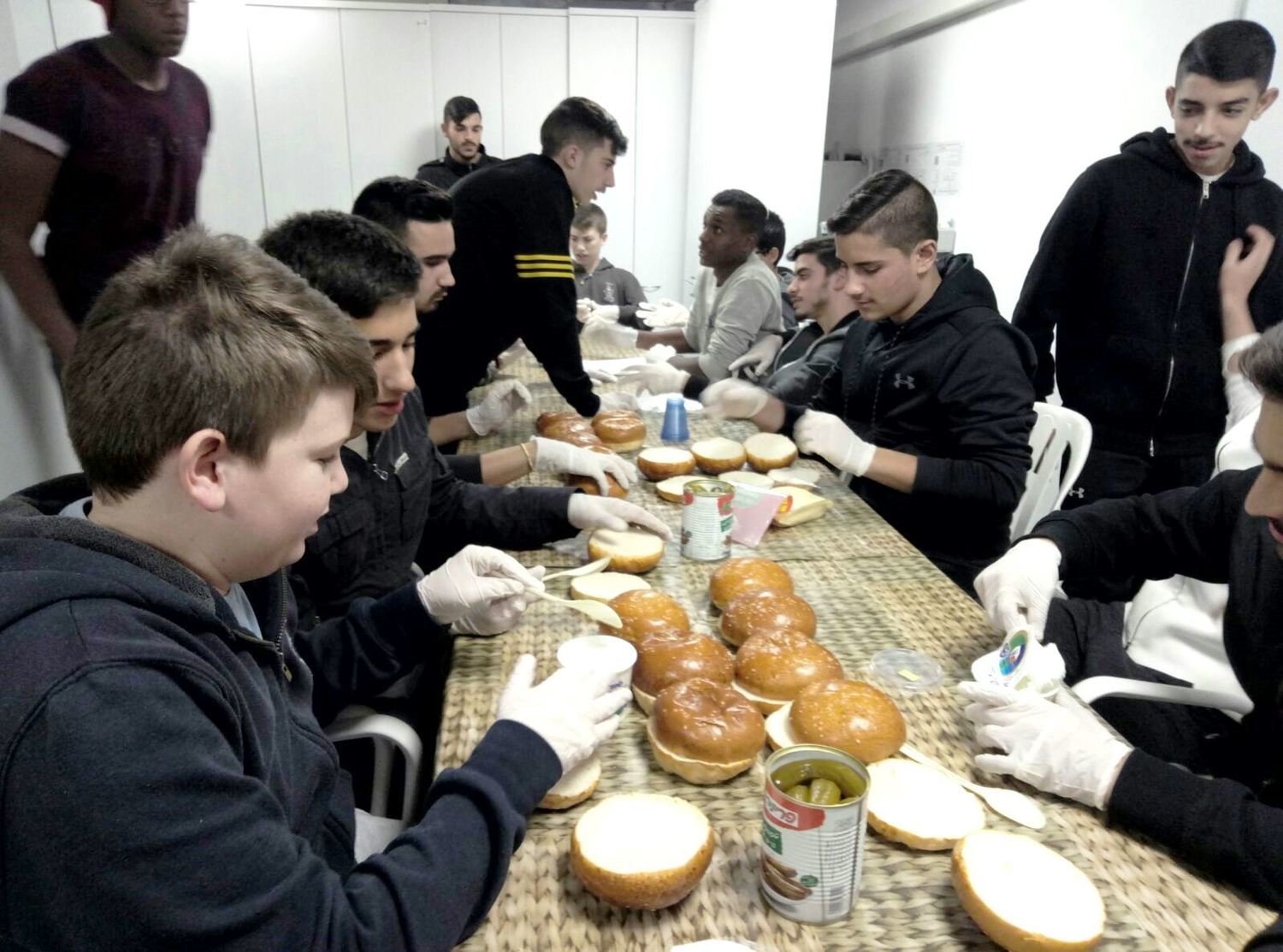 Sandwiches for Underprivileged Children in Afula

Underprivileged teenagers needed a neutral place to congregate, play some sports … and they were hungry. Realizing this, a kitchen was set up in the Afula Community Center, in Afula, Israel, where teens could cook their own meals. Originally, maybe 15 teens showed up. With food offered, that number quickly grew to 50. One day a boy asked if he could take his meal home instead of eating it there. Why? He said he would rather feed his hungry little brother. From that day on, the hungry teenagers were fed on the condition that, when they finished, they would make 200 sandwich packets to be distributed the next morning to local schools. The school principals selected the children to whom the packets would be distributed. This now takes place every day. Each sandwich costs $0.50, and the teens make 1,000 sandwiches every week!

Save this product for later
Display prices in: USD